​We picked Max up after school on Friday and then on Saturday we all went to the Northern Illinois Airshow at Waukegan National Airport.

We got to the airport a couple hours before the actual airshow was to start, set up lawn chairs to save out spot and then walked around the grounds to see the aircraft and exhibits. Max picked out a toy drone to buy from one booth.

We worked our way over the the food vendors area to grab some lunch then back to our seats to settle in for the performances. 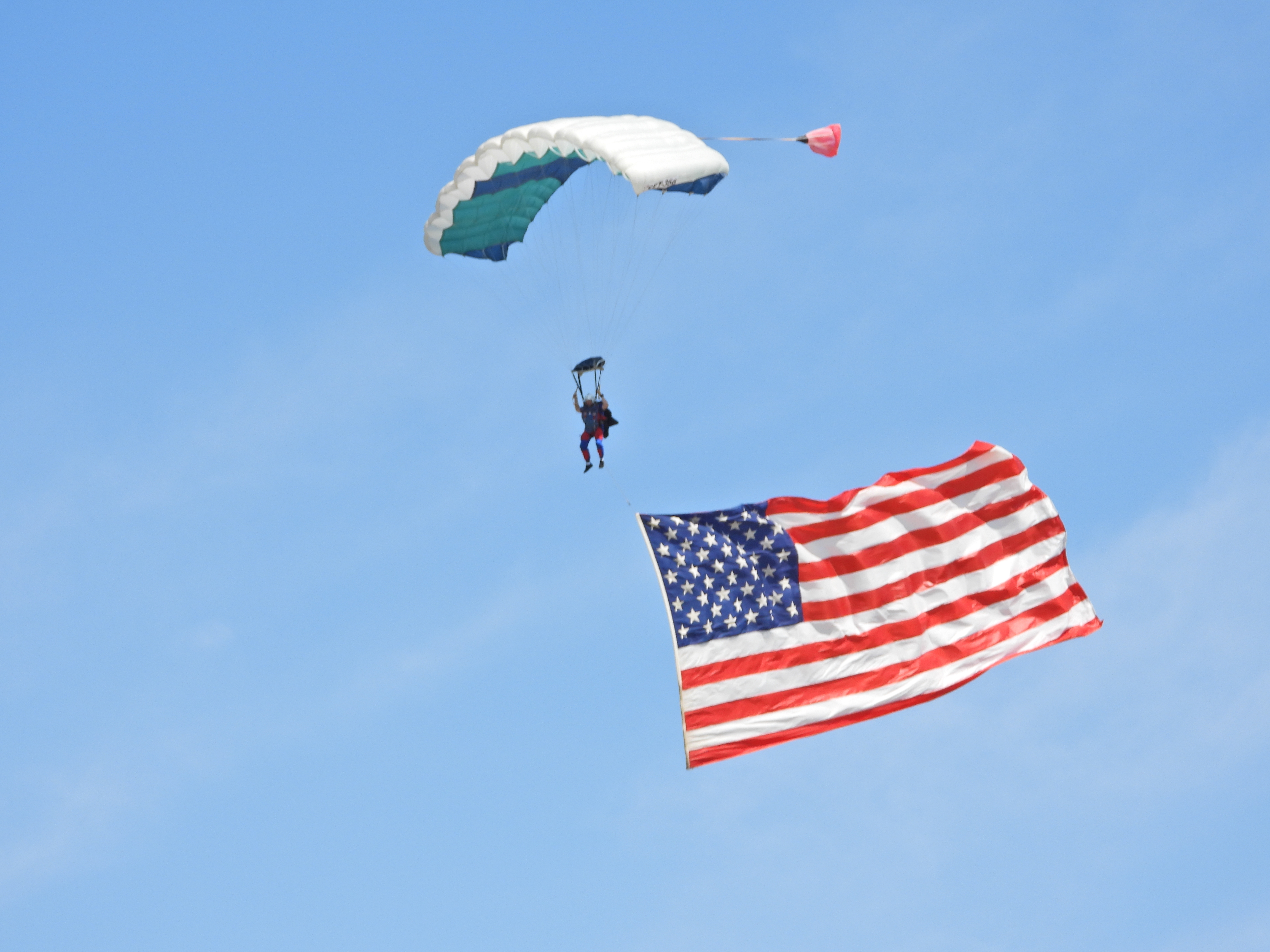 The weather at the start of the show was ideal. Temperature in the mid 70s ​and just a few puffy clouds in the sky. The sky would darken a little later in the ​day but no rain fell.

The show opened right on time with five members of the Quad City Jumpers parachuting down with the American flag as the ​Philips 66 Aerostars aircraft circled there colorful chutes and the National Anthem played.. 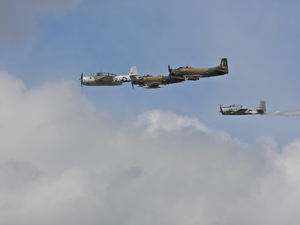 ​​Many warbirds were an display and flew during the show. Most of them courtesy of the Wardbird Heritage Foundation based at Waukegan. They flew in two parade of aircraft groups one for propeller planes and a later one for the jets. The prop planes were first up and gave us a show complete with pyro to simulate bomb drops. 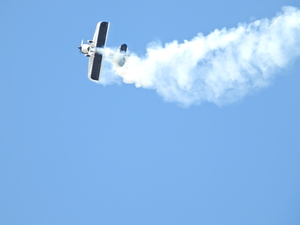 ​Aerobatic performers at the show included Michael Vaknin in his black Extra 300. I have seen him several times before but Mike just keeps getting better and better. He is always a thrill to watch.

Another great act was Dave Scott flying a Pitts S1S. I don't remember seeing Dave fly before but he ​gives a fantastic performance in his little biplane. 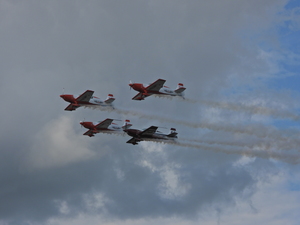 ​Team aerobatics are always exciting to watch and at this airshow we had a couple of the best teams around.

​We saw the Philips 66 Aerostars flying four ship formations through rolls, loops and tricks you wouldn't believe they could do flying so close together.

Then there was the Hoppers L39 Jet Team to put some speed in formation flying. The hoppers have been around for a while and never fail to please. 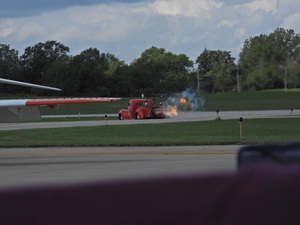 ​For a thrill on the ground ​David G. Modder brought his jet powered truck Dragon Fyre ​for a couple high speed ​trips down the runway.

This 1940 Ford Pickup is powered by a GE J85 turbojet engine with afterburner and it can really haul. Don't ​blink or you will miss it! 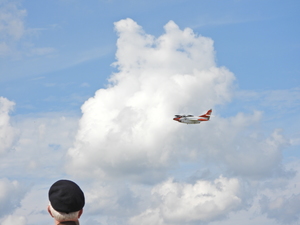 ​The jet demonstrations flown by the pilots of the Warbird Heritage Foundation were fast and loud. The made repeated low passes at high speed to wow the crowd. Jets flown included F86F Sabre, T2B Buckeye, A-4B Skyhawk, T33A Shooting Star and T37 Tweet.

Also on hand was the Air Force's  A10 Demonstration Team. Which flew with a P51 Mustang for the Air Force Heritage Formation Flight. The A10 ​followed that with a full demo flight​.

There was also a Navy Legacy formation flight with a T45 Goshawk and the T2B Buckeye. 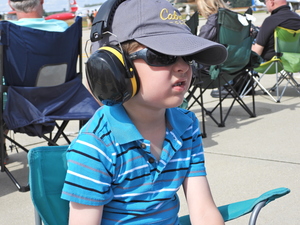 These are just a few of the highlights of the day. ​It was a wonderful ​time at the airport and a great first airshow for Max. I asked him later what he liked most and he told me: "All of it."

I was glad of that. I hope he will go with us to many future shows.

By the way, ear protection for kids is a good idea at any airshow. They can get very loud! 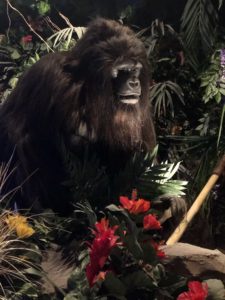 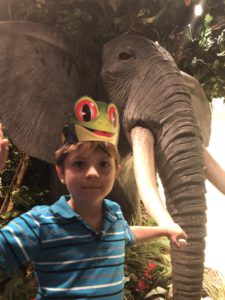 ​We capped off the day with dinner at the Rainforest Cafe in Gurnee Mills. This is always a hit with kids and Max is no exception. We sat under the gorilla family which was the spot he wanted but also walked around the room to see all the animals..