Is Commuting Making Me Ill? 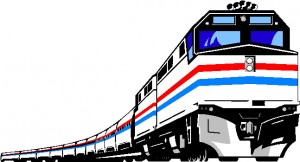 Up until a year ago, I drove 15 minutes to my job in the suburbs, usually worked 8 or 9 hours then drove 15 to 20 minutes back home – depending on traffic. Most days I went in early and was able to be back home by 2 PM. In 27 years, I didn’t miss more than a couple days because I was sick.

I still have the same job for the same company but our office moved. Now I commute by train into the city. I still drive as far as I did before to get to the train station then I ride for an hour and 10 minutes – if the train isn’t late. Once downtown, I walk eight blocks from the station to work or wait 25 minutes to catch a shuttle. In my first year of commuting I have been sick far more times that in the 27 years of working in the suburbs.  Also, the types of illness are different. I how get bad colds, flu and stomach viruses – the kinds of things we catch from others. Before my main issue was occasional bronchitis. So, is commuting making me ill?

While writing this post I did some searches for “commuting making you ill” and the results were a mixed bag. The controlled studies seem to favor a no answer while personal anecdotes seem to indicate most commuters who wrote about the topic think commuting does make you sicker. I gave all that some thought and maybe I have some idea about why, at least for me, commuting is unhealthy.

First, just to get in 8 hours at work, I am gone from home for 13 hours a day. That leaves me far too little time to get things done at home and almost no time to unwind at night. Not unwinding means I don’t sleep as well as I used to and I believe that makes me more susceptible to illness.

Second, most of the controlled  studies I read about involved swabbing trains and buses to see what types and how many germs were present. One I read said that levels were no different that in any other public place like a mall. That might be true but in a mall you are not confined in one spot for long periods on time. There have been many times when the person sitting right behind me on the train was coughing and sneezing for a solid hour. Besides, who knows who was in that seat before I got on? The overall germ level in the car might be low but I could be sitting in a virus hot spot on any particular trip.

Third, there are the train stations and platforms. Huge crowds of people jammed together as the try to get to or from their train. Even in a crowded mall you don’t get nearly as jammed together as when entering and exiting the station. The hand rails in stairways and on escalators are another danger spot. I try to touch as little as possible but sometimes it can’t be avoided.

Fourth is the walk to work from the station. There are a lot of people around me then too but at least this is outside in the open air. However, that air is often too cold, too snowy, too hot or too wet.  I think walking in those miserable conditions, especially when it is cold and wet, also makes me more susceptible to catching something.

Then finally I get to work. Now I am confined for the next 8 or more hours with other people who are already sick or who have carried their own load of viruses and bacteria in from their commute and spread it around the workplace.

So, is commuting making me ill? Do you think you are sick more because of your own commute? Please let me know what you think.