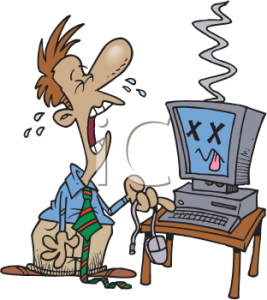 I have used my current web host for many years and never had any problem with down time. So, when I decided to switch this blog to WordPress, I hosted it with the the same host. I was both surprised and disappointed when the server my sites are hosted on went down and stayed down for over ten days. It took that long for the to remain unnamed host to give up on fixing the server and install a new one then transfer the data. I would have expected them to do that immediately and try to repair the server that went down only after all their customers were back up.

I just renewed my hosting plan for another two years a few days before the crash. I guess I will stick with them for now and hope they learned a lesson from this. If it happens again though, I am gone despite the money I have into it.