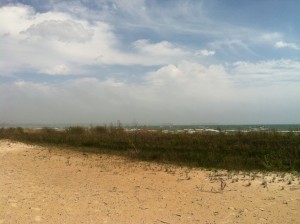 Georgia’s constant battles with health issues have kept us close to home lately. The Reglan that caused her Parkinsonism last year was effective at controlling her gastroparesis and, now that she can no longer take it, that condition is back. She was hospitalized in late March and again in April. With no other drugs available in the US to treat the condition, it was beginning to look like she would be back to the hospital often. The surgical options that have been offered in past were not much better than the illness. A gastric pacemaker can be implanted but that requires frequent adjustment and regular replacement. For decades, the ultimate solution has been insertion of a feeding tube to bypass the stomach entirely.

In the last couple years though, gastric bypass surgery has been found to be an effective solution to gastroparesis and is rapidly becoming the preferred surgical treatment.  It accomplishes the same thing as bypassing the stomach with a feeding tube but without the need to pour liquid nutrients into a hole in your side.

Georgia talked to a few local surgeons who do gastric bypass and found one who has done several for gastroparesis with very good success. So, now she is in the process of meeting all the requirements the doctor (and the insurance company) demand before the surgery. All the psychological counseling, cardiac evaluation and pre/post-surgical nutritional instruction are done. She is just waiting for the pulmonologist to give the final OK.  In the mean time, by following a very strict low fiber diet, she has managed to stay out of the hospital.

Not only was May 30th Memorial Day, it was also our 19th wedding anniversary. Georgia and I took advantage of the long holiday weekend and the pause in her surgical preparation to get away to Wisconsin’s Door County.  If you are not familiar with it, Door County covers most of the peninsula that sticks out the eastern side of Wisconsin into Lake Michigan forming Green Bay.  It is a popular summer vacation spot for people from Chicago and Milwaukee. The county population goes up ten fold in the summer. 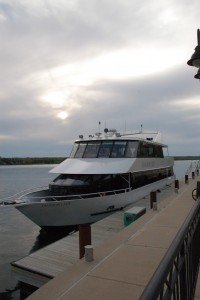 Georgia did have a medical appointment Friday morning. I took the day off so we got on the road right after she was done. A lunch stop in Kenosha and then on to Sturgeon Bay where we checked into the Best Western Maritime Inn. The hotel appears to have been renovated recently. Everything was clean and the room was comfortable. We just had time to unload the car and change clothes before it was time to leave for a dinner cruise aboard the 95 foot yacht Harbor Lady. 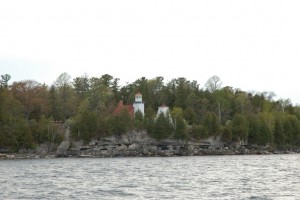 The hotel was just 5 minutes from the boat dock on the Sturgeon Bay ship canal. Friday being a travel day for most people, the boat was far from full and we had our pick of tables. Dinner was a nice sea food buffet that we both enjoyed as we cruised through the ship canal, Sturgeon Bay and out into Green Bay. The turnaround point is the scenic Sherwood Point Lighthouse then back through the canal, past Potawatomi State Park and the return to the dock.

This cruise was a great way to start our weekend. The Harbor Lady is a family run operation. Captain Dave, his wife and daughters made us feel welcome on board. I would recommend this cruise to anyone visiting Door County.

It was a enjoyable day but a long one so it was good to get back to the room to unwind. Saturday we would explore the peninsula in earnest.