​The calendar says it is mid April. The buds are on the trees and some flowers are poking up their heads. So, Georgia and I took a springtime road trip up to Wisconsin last week.

The first day we were there was very nice and spring like but, the next two days we had snow, sleet and freezing rain. It was back to winter!

The news an TV said there might be an accumulation for snow on grassy surfaces but roads should be fine. Well, that wasn't right. We had about three inches of slush on roads, parking lots and sidewalks. It was like walking though a giant slushy.

We made the most of the trip and had a good time anyway. What could we do. It was Wisconsin after all. By Friday the roads were clear and we had an easy drive home.

​We were home for less than two days when ​some snow was forecast for here in northern Illinois. Same as in Wisconsin - maybe some slight accumulation on grassy surfaces. The weathermen were wrong again! 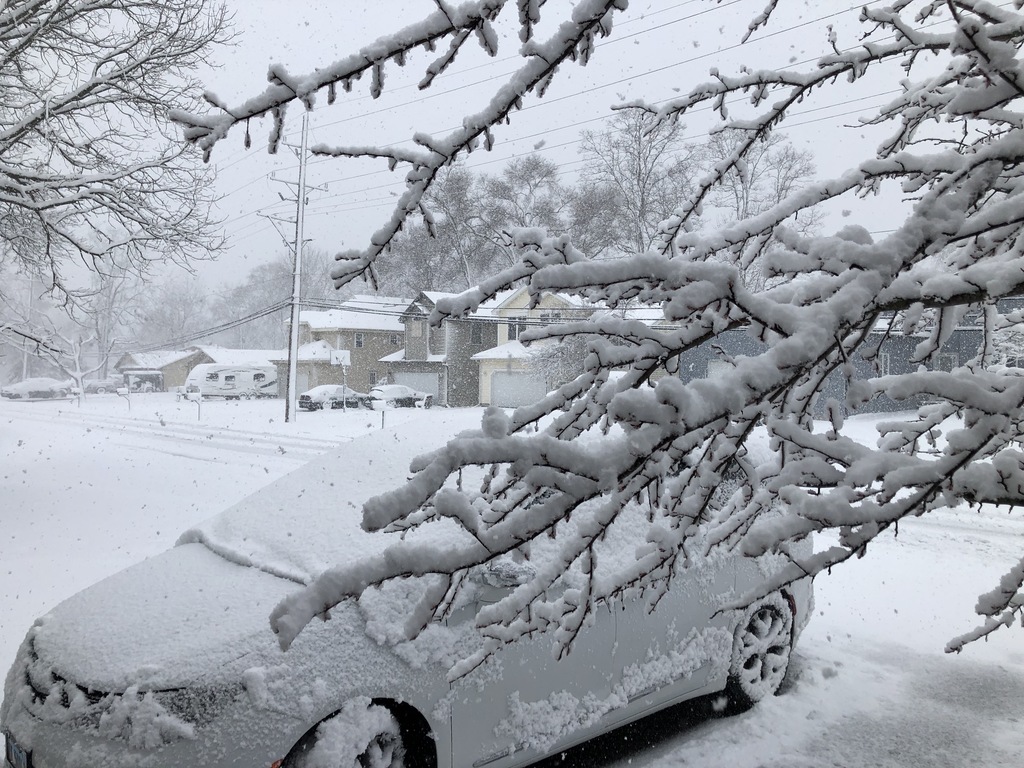 ​Yesterday we got hammered with eight inches of heavy, wet snow that lasted all day.

Oh well, at theast the rest of this week is supposed to be spring like.  I hope they get the forecast right this time!