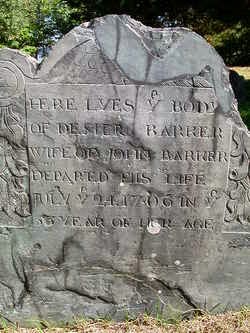 All genealogies contain some dates that are less than exact. When you enter those dates, you should always use a qualifier to make it clear to readers that the date isn’t precise. Which qualifier should you use? Typically, family history researchers use about (or circa), say, before and after depending on how the estimated date was determined.

About is the same as circa but, I prefer the more modern sounding variation.  You should use it when you have a good source for the date, but it is imprecise. An example would be a gravestone with the inscription; “John Smith, Died 18 June 1849, Aged 78 Years”. Based on this, you could add a birth date of “about 1771” and cite the gravestone as your source.

Another case where about is appropriate is when you have an exact date but don’t know if the date is in old or new style.  I will save old and new style dates for another post but you can read about it on Wikipedia.. You should attempt to determine the dating style by using other sources. If you can’t resolve the question though, saying “about 15 February 1734” would be appropriate. You should consider adding a footnote to explain why you consider the date imprecise.

Finally, if the source you are citing qualifies a date as circa or about, you should do the same.

Say is usually used when the date is not based on any particular source but, instead, is an educated guess. With practice, you will find you can make surprisingly accurate guesses. For example, suppose you know that John and Mary Smith were married 12 September 1837. With no other information, I would assume an age of 22 for the groom, 20 for the bride and enter their birth dates as “say 1815” and “say 1817” respectively. Once in a while those ages might be way off, but you will be surprised at how often they are accurate to within a couple years of the actual dates.

Other guidelines that work well for those families with children born before the days of birth control are to use 1 year after the marriage date for the birth of the first child and then 2 years between children. If there are many children, I might switch to three years between the younger ones because the mother is getting older.

These numbers work in reverse too, of course. If you know the first child was born in 1687, for example, you could use “say 1686” for the marriage date.

Again, footnotes should be used to explain your dates. A note for the last example might read; “Based on birth of first child in 1687.

Before and after are a little different in that, while they are also based on other events in the person’s life, they can be very inexact. They should be used more for getting events in the right sequence than for listing a real date.

While the practice is rare today, in earlier times, it was not uncommon to give a later child the same name as an earlier child in a family who died. So, if you see a list of children with Susan, born 18 May, 1762 and Susan, born 27 September, 1771, you could enter “before 27 September, 1771” as the death date for the first Susan.

The same idea applies to many other situations. If you know that a man’s first wife died in May, 1864 but you don’t know the date of his second marriage, you could give it as “after May, 1864” to place it in the proper position in the event sequence. Or, if you find an entry for Sarah as the wife of John Smith on the 1870 census then see that in 1880 his wife is listed as Mary, you could use “after June, 1870” as the death date for Sarah and “before July, 1880” as the date for John’s marriage to Mary (the months would be based on the enumeration months which are usually given on the actual census records)

Many genealogy programs allow the use of sort dates which isn’t really a date at all. They are just a tool to force events into the proper sequence in your database.

Like the before and after dates, sort dates are used to sequence events but, they normally won’t appear in reports. A common example would be for a death and burial. If you find an ancestor gravestone in a particular cemetery you might want to have your narrative reports read:

“John Smith died 28 September, 1852. He was buried in Town Cemetery, Our Town, Massachusetts.”

To force your software’s report generator to always put the burial event after the death event, you would not enter an actual date for the burial. Instead, would use a sort date of “after 28 September, 1852” to force it to appear second. That date won’t show in the report but, it will sequence the death and burial events correctly.

You can also use sort dates to sequence events that happen on the same date. For example, suppose  Michael Moore arrived in the United States from Ireland in 1833 and was married to Bridgett O’Connor later that same year. You would enter 1833 was the actual date of both events but, to force the marriage to print second, you could also enter a sort date of “after 1833” for the marriage event.

If your genealogy software allows sort dates, you should make use of them.

If you thought date entry was straight forward, maybe this post will encouraged you to rethink that idea. You can convey a lot of important information even if you don’t know an exact date. Think carefully about every date you enter. How accurate a guess can you make based on other information you already have? Does the date it make sense? Will it sequence the event correctly?

Good dating practices must be a major emphasis in all your research. We have all seen family trees with dates that the compiler obviously didn’t think about. A child supposedly born before his mother’s birth date or a death date 150 years after the birth date should not happen. Don’t be the person who perpetuates those errors.