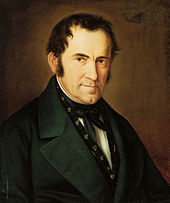 A couple years ago I told the story of a priest named Joseph Mohr of St Nicholas parish church in Oberndorf bei Salzburg, Austria and how he and Franz Gruber came to write the carol Silent Night. They sang it, accompanied by guitar, on Christmas Eve 1818.

But, what happened after that night when the two preformed the carol for the first time? Here, with the most reliable information I could find,  is the rest of the story of how Silent Night became one of the most beloved Christmas songs all over the world.

A master organ builder named Karl Mauracher, traveled to Oberndorf several times to work on the church organ. On one of those visits, he got copy of the composition and took it home with him. The simple carol began it’s journey around the world.

Two families of folk singers incorporated the song into their repertoire. According to the Leipziger Tageblatt, the Strasser family sang the song at a concert in Leipzig in 1832. The Rainer Family sang the Christmas carol in front of Emperor Franz I and Tsar Alexander I. Then, in 1839, the Rainers performed “Stille Nacht” at the Alexander Hamilton Monument near Trinity Church in New York City.

In the 1840s, Joseph Bletzacher, opera singer from Hannover, stated that the carol was already popular in Lower Saxony. Supposedly it became the favorite Christmas carol of King Frederick William IV of Prussia.

By this time,  Joseph Mohr had died and name of the composer had been forgotten. Although Franz Gruber had written the music the German authorities now attributed the lyrics to him and the melody was assumed to have been written by Haydn, Mozart or Beethoven – depending on who was reporting the history. The controversy was resolved when a long-lost copy of “Stille Nacht” Joseph Mohr own had was authenticated. In the upper right hand corner, Mohr wrote, “Melodie von Fr. Xav. Gruber.”

Franz Gruber composed several orchestral arrangements of Stille Nacht during his lifetime. But, the original guitar arrangement is the one closest to how Father Mohr originally envisioned the song.

Despite attempts to attribute the work to famous composers, real story of Silent Night and it’s world wide impact is much more wonderful. The inspiring lyrics came from the heart of a simple parish priest. The melody was composed by a local musician who none outside of his village had heard of. No celebrity or state orchestra preformed it at its premiere. Yet its powerful message of heavenly peace played on a single guitar and sung on Christmas Eve in a village church  has crossed all borders and torn down all language barriers, touching the hearts of people everywhere.

So, image yourself in St Nicholas church on Christmas Eve, 1818 as you listen to the carol in the video below.