Lesson 48 – Another Round Robin 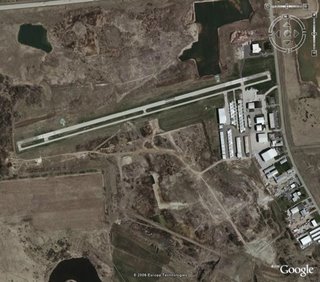 This lesson was much like the last one and went even better. The plan was to fly to Lake in the Hills, Burlington and then back to Waukegan. The airplane was not yet available when I got to the airport and that made us a little late taking off. Another student was scheduled after me, so we had to make this a relatively quick trip.

When I flew my Stage 3 checkride, one of the problems I had was not knowing how to do much more than just use the direct to button on the GPS. While we were waiting for the airplane, Sandy used a computer simulation of the GPS unit to show me more about it. Once in the airplane, I programmed our flight plan into the real GPS.

I missed one checkpoint on the way to Lake in the Hills but found the airport without any problem. There was no one else in the pattern and the landing on runway 26 was OK. Not great but OK. I taxied back, took off and headed north toward Burlington. On other trips to KBUU, I have had trouble with the GPS but didn’t have time to diagnose the problem. The same thing happened during this lesson. The distance to the airport should have been decreasing but, it was actually going up. While I flew and navigated by pilotage, Sandy tried putting other airports and nav aids into the GPS. Everything except KBUU worked fine. Our conclusion was that Burlington is wrong in the database.

While all this was going on, I got almost on top of the airport before I saw it. I have to get better at seeing airports from longer distances. Sometimes I can see them fine and other times I can’t seem find them at all. In this case, it worked out OK because I had already planned to over fly the field and come back in from the north to set up for a right pattern to runway 29.

Our time was getting short by now so Sandy had me do a low approach and then head for home. She had me to use only pilotage to get back to Waukegan which I managed to do without any trouble. The controller wanted me to keep my pattern tight and I did but, I ended up being a little fast on final causing me to land long. Other than that, the landing was pretty good.

I’ve been going to a lot of uncontrolled fields lately so, the plan for next time is to fly to Palwaukee for some practice at a different towered airport then get some hood time on the flight back.